We have just come into possession of a copy of this photo and although it’s a “long shot” we are wondering if any of our golden oldies would by any chance be able to recognize any of the six young men on the left side of the photo. 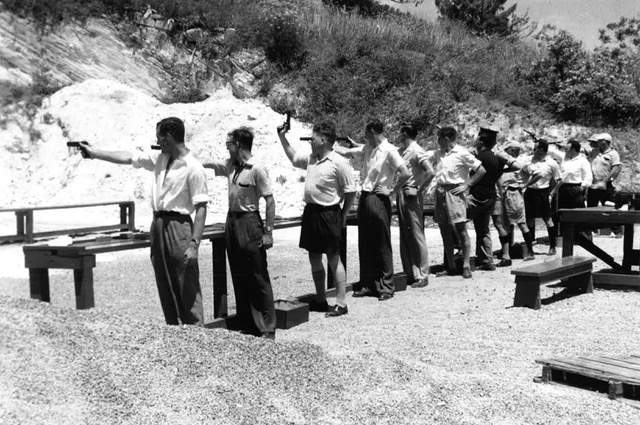 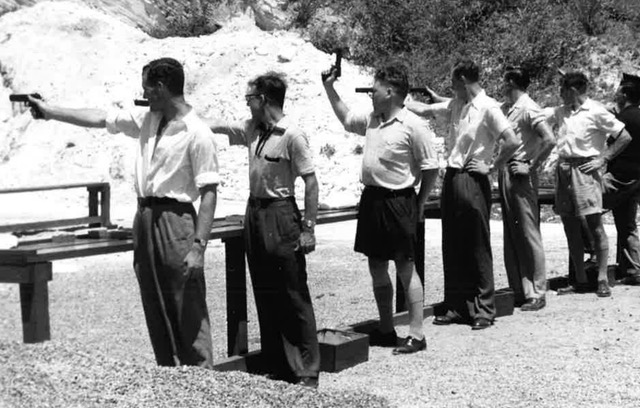 Close-up of members of Police Team

It was clearly taken at a shooting range (but not at Prospect).  I believe we know where it was taken, and that it was during a pistol shooting match between a team of six men from the Bermuda Police and …….? And how about the type of pistol?

We are also struggling with the date.  To be fair, the photo was taken back in the mid 1950’s and we believe that only one of the six men in the Police Team stayed with the Police Force, reaching the rank of Chief Superintendent  before retiring in 1979.

Davie Kerr 9 months 20 days
Ah: now that you've changed it from Ch Insp to Ch Supt, it has to be Jim "Supermac" McMaster!

Davie Kerr 9 months 17 days
"How to confuse a Scotsman with one easy typo!"

Edutors note - It's a direct result of editing too late a night!

Davie Kerr 9 months 25 days
Sorry, can't help with any ID's there, and it doesn't help that I can't see full faces!

Editors note - Agreed Davie. Not much chancxe of ID's BUT with your powers of deduction I know you can figure out the one member of this shooting team that remained in the Force and retired as a Chief Inspector in 1979.