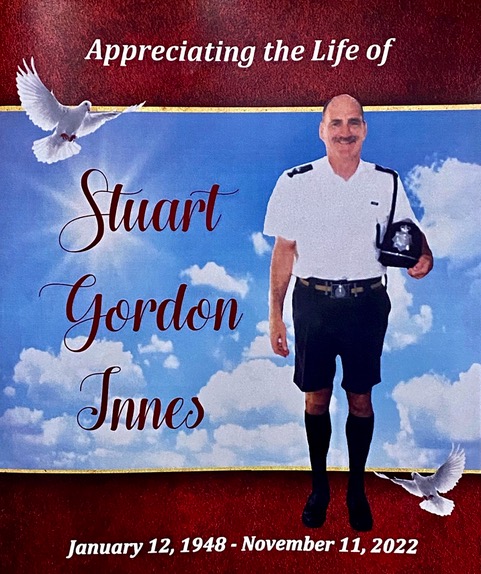 A graveside memorial service was held at the Police Cemetery, Prospect , on Thursday 24th November 2022, for our  good friend, retired Inspector Stuart Innes, who will always be fondly remembered by all those who worked with and came into contact with Stuart during his police career and his later career at Gibbons Company Ltd. 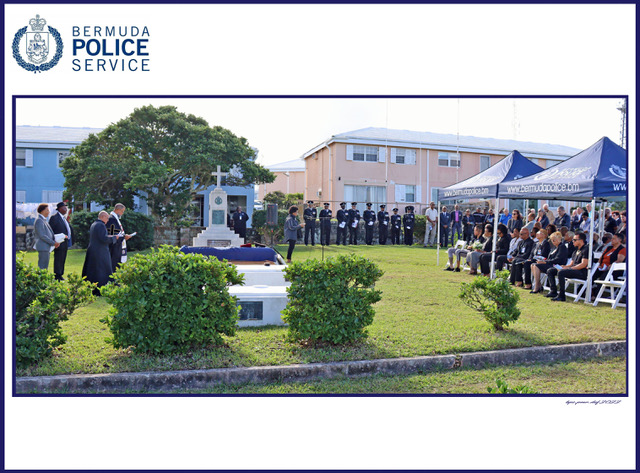 Born in Edinburgh, Scotland, on 12th January 1948, Stuart was one of three children of his parents, Francis “Frank” and Margaret Rennie Innes (nee Law).

Stuart joined the Bermuda Police in May 1973, after having served from 1969-1973 in the then Wigan Borough Police in Lancashire (later the Greater Manchester Police).

On his arrival in Bermuda Stuart attended a 3 week Localisation Course along with 19 other recruits with previous police experience, and was first posted to Central Division (Hamilton) and later to Operations (Traffic), serving in MCPS for several years, before finding his niche in the BPS when he was transferred to Administration “A” Department where he excelled as a highly efficient and very popular member of the “A” Department team. 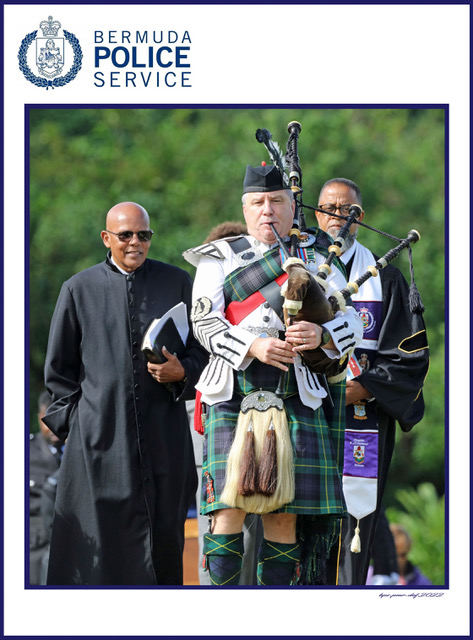 The Service was conducted by Police Chaplain Dr. Kevin JT Santucci, along with Assistant Pastor Larry Smith (retired BPS Superintendent). The funeral party was led into the cemetery by a bagpiper from the Bermuda Island Pipe Band and the official Bearer Party. 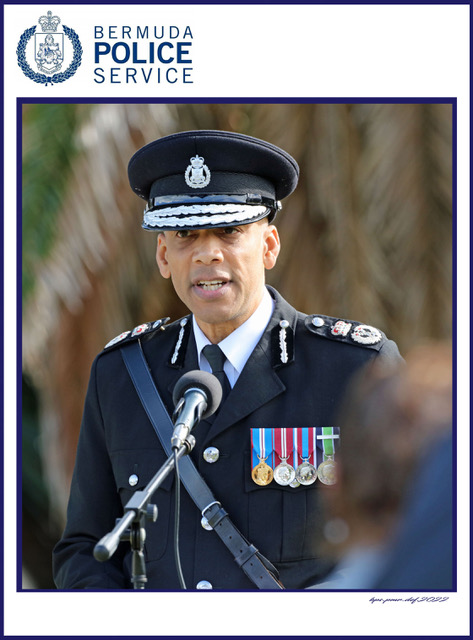 Eulogies were given by retired Superintendent, Assistant Pastor Larry Smith, and Commissioner of Police, Darrin Simons.  Commissioner Simons remembered retired Inspector Innes as a positive, helpful, professional officer. “It can be said without question that Inspector Innes was always one of the most helpful officers to serve at Headquarters and would always go out of his way to provide assistance and guidance to his colleagues. While I never worked in a unit he led, in all of my interactions with him, Stuart always had a positive attitude, was the consummate professional and personified kindness in all that he did. He will be fondly remembered.”

The obituary was read by Kuni Frith, a close friend of the family. 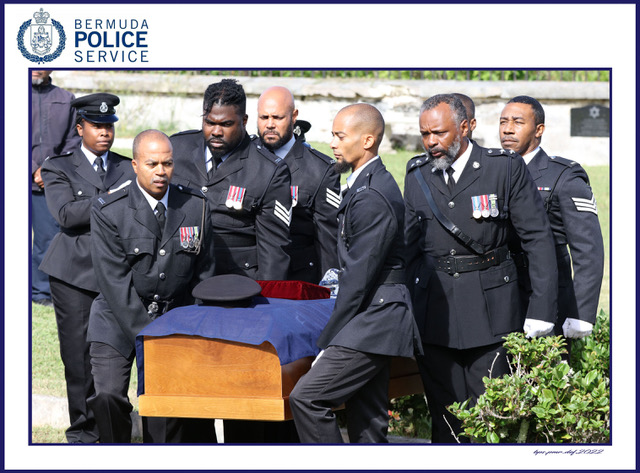 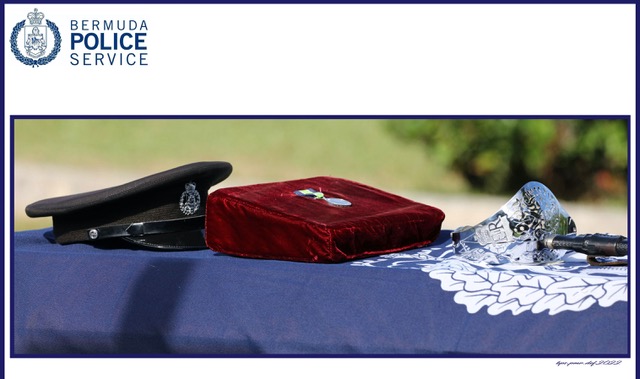 Following the service Stuart was buried at the Police Cemetery with full Police honours, His coffin was draped with the BPS flag together with his cap, Colonial Police Medal and ceremonial sword. 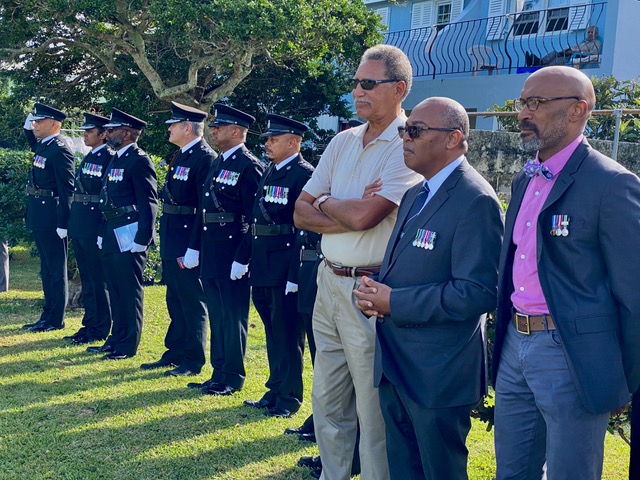 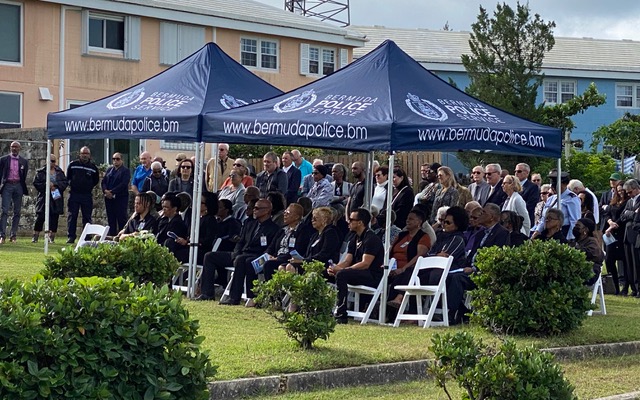 On behalf of the Bermuda Ex-Police Officers Association we extend our deepest sympathy to Jennifer, Angela, and all of their family, firm in the knowledge that Stuart will by fondly remembered by all who knew him.

Many thanks to Dexter “Fudge” Flood for kindly providing  the official BPS photos published in this article.

* Denotes those police officers who came out to Bermuda along with Stuart in May 1973. 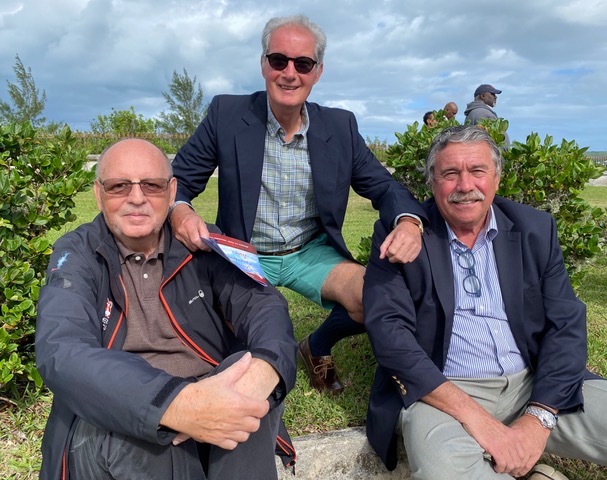