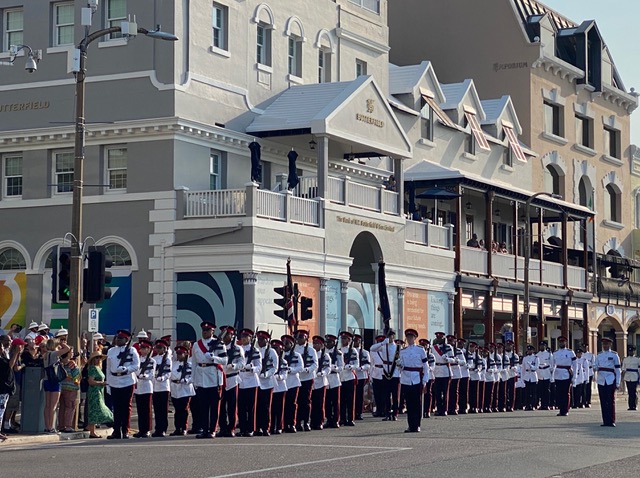 Front Street in Hamilton was the scene of an historic event on Sunday morning 11thSeptember 2022, following the death of Her Majesty Queen Elizabeth II on 8th September 2022.

For those watching BBC coverage of the events of the last few days, you may be aware that on Saturday 10th September,  we could watch, for the first time, a centuries old tradition as members of the Privvy Council met at St. James's Palace, London, to officially  proclaim the accession of Charles III as King. 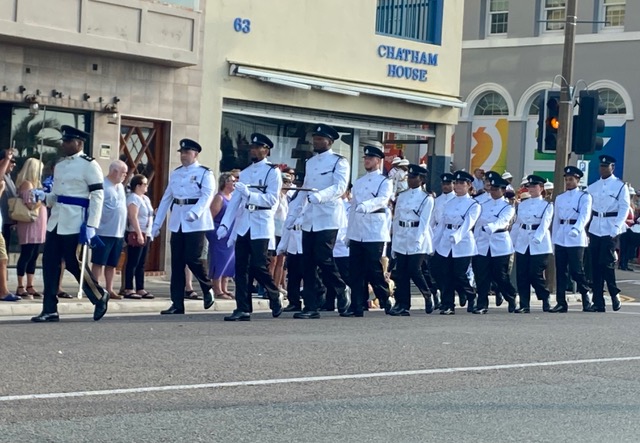 The BPS played an active part in the Sunday morning ceremony on Front Street providing  a Guard of Honour, led  by Inspector Derek Golding, marching together with the Royal Bermuda Regiment and Band. Her Excellency the Governor, Rena Lalgie, arrived in the official Government House limousine flanked by a Police Motor Cycle escort.   Governor Lalgie, as Commander-in-Chief in Bermuda, proclaimed that “hereby with one voice and with consent of heart and togue” Prince Charles Phillip Arthur George, the King of the United Kingdom of Great Britain and Northern Ireland, and head of the Commonwealth.” 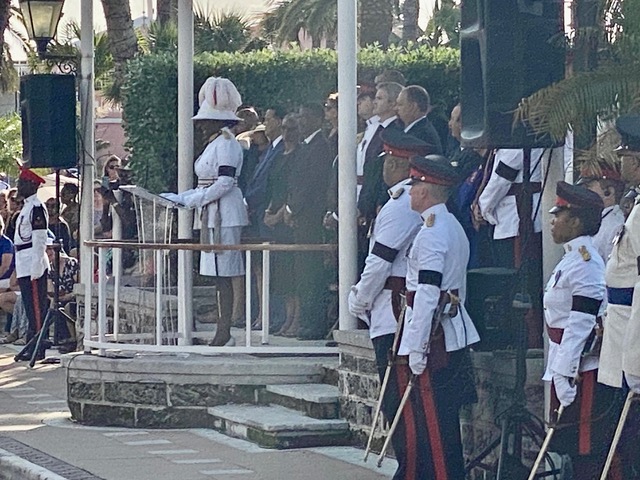 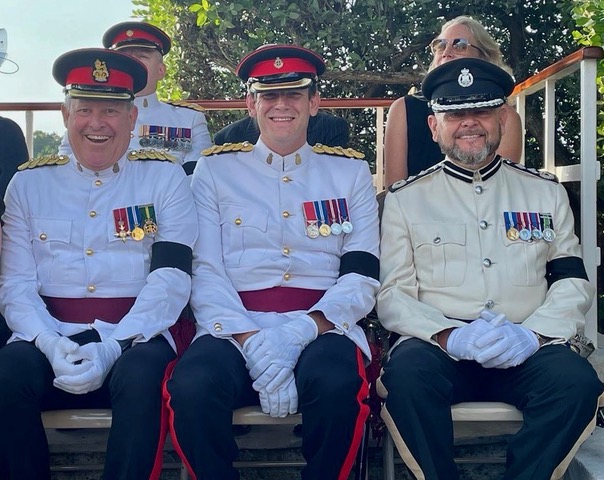 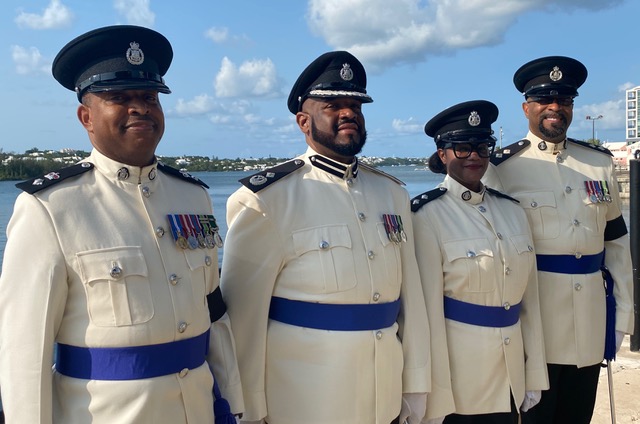 Following the proclamation a 21-gun salute thundered across Hamilton Harbour to mark the closing of the Proclamation ceremony. 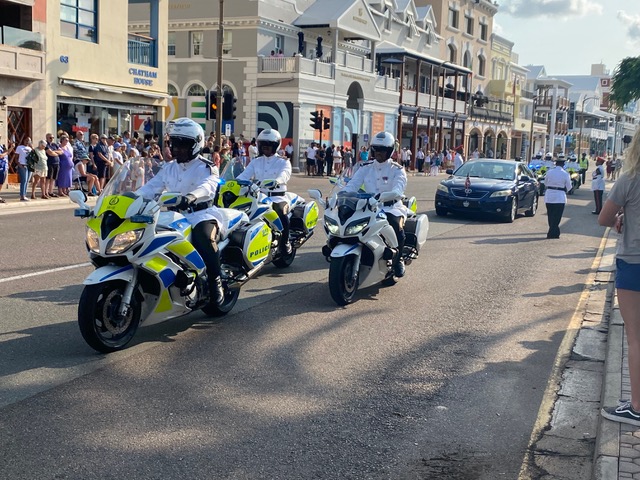 CLICK HERE for coverage by the Royal Gazette of the Proclamation ceremony and also providing a link via YouTube.

Our older ExPo members may recognize one particular gentlemen close to Governor Lalgie during this ceremony, and he is the Acting Mayor of Hamilton, The Wor. John Harvey, MBE, JP, who many will remember as Sergeant John Harvey who served in the Bermuda Police from January 1968 – October 1978 before embarking on a career with the Bermuda Hotel Association for some 36 years. 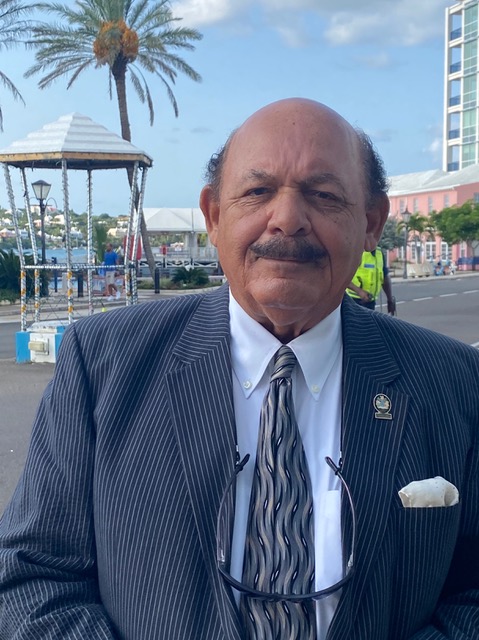 John was first elected to the Corporation of Hamilton in 2008, and has been serving as Deputy Mayor, but he attended today in his role as Acting Mayor while Mayor Gosling is off Island.  John thoroughly enjoys his involvement with the Corporation and is happily married with five grandchildren.  As this photo was taken John recalled directing traffic at Heyl's Corner many years ago.